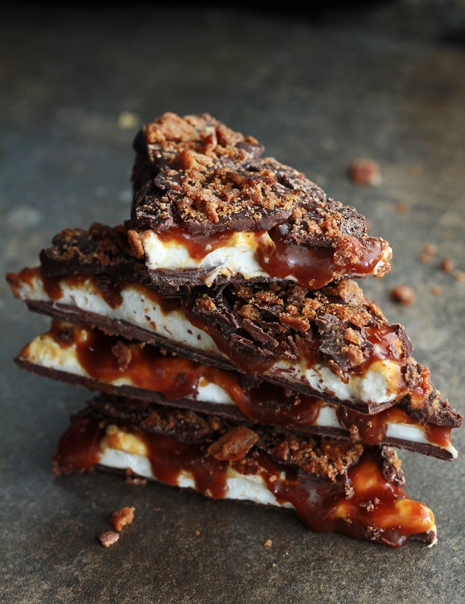 In keeping with the theme of making the bark recipes as easy as possible, I bypassed making homemade marshmallows. Instead I used a bag of store-bought mini marshmallows and melted them ever so slightly on the stovetop, then spiked it with whiskey and poured that whiskey marshmallow layer over the chocolate.

Taaffe Crosby into Dessert Recipes
over 8 years ago
Refave
Previous Fave
Next Fave
Sharing is good
Faved November, 26 2012 by: