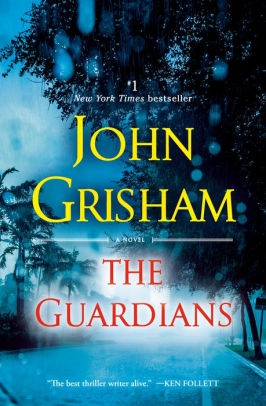 I am really excited to read John Grisham's new book, The Guardians. I have been a big fan of John Grisham for a long while, and I am always interested in classic legal thrillers. The reviews have been phenomenal despite being just newly released.

If anyone else is interested in checking out the book The Guardians
by John Grisham, click the image up above!

I can't wait to pick up a copy soon and dive into this book! I hope it does not disappoint.

Tags:
The Guardians, Book, Novel, John Grisham, Barnes and Noble,
Leave a Note.
Must be logged in to comment
Previous Fave
Next Fave
Sharing is good
Faved August, 07 2020 by: