The Summer House by James Patterson and Brendan DuBois 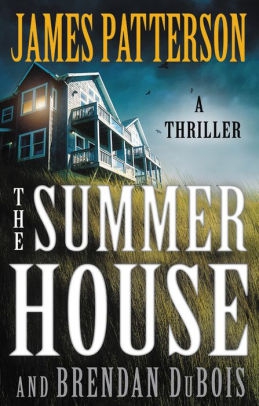 I am really excited to add The Summer House by James Patterson and Brendan DuBois to my 'Summer Reading' list. This tense thriller novel sounds absolutely riveting as it uncovers a tale about a homicide investigation.

As stated on the Barnes and Noble website, the summary for The Summer House is:

"Once a luxurious southern getaway on a rustic lake, then reduced to a dilapidated crash pad, the Summer House is now the grisly scene of a nighttime mass murder. Eyewitnesses point to four Army Rangers — known as the Night Ninjas — recently returned from Afghanistan.


To ensure that justice is done, the Army sends Major Jeremiah Cook, a veteran and former NYPD cop, to investigate. But the major and his elite team arrive in sweltering Georgia with no idea their grim jobs will be made exponentially more challenging by local law enforcement, who resists the Army's intrusion and stonewall them at every turn.


As Cook and his squad struggle to uncover the truth behind the condemning evidence, the pieces just won't fit — and forces are rallying to make certain damning secrets die alongside the victims in the murder house. With his own people in the cross-hairs, Cook takes a desperate gamble to find answers — even if it means returning to a hell of his own worst nightmares..."

If anyone else is interested in checking out the book The Summer House by James Patterson and Brendan DuBois, click the image up above! It is currently on sale for 30% off.

- On sale for 30%
- Thriller novel
- Written by a NYT Bestseller

Tags:
The Summer House, Book, Novel, Thriller, James Patterson, Brendan DuBois, Barnes and Noble,
Leave a Note.
Must be logged in to comment
Previous Fave
Next Fave
Sharing is good
Faved June, 15 2020 by: