The Omega Factor by Steve Berry 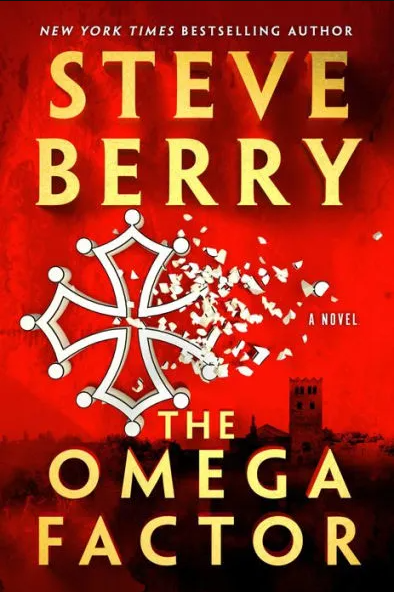 A great historical thriller, now on sale for the summer reading season!

While browsing Barnes and Noble for a new summer read, the cover for The Omega Factor by Steve Berry really caught my eye. This historical thriller is a lively standalone that centers on a panel stolen in 1934 from the Ghent Altarpiece. It's certainly gripped my attention, and there are quite a few good reviews as well. I'll definitely be checking it out!

As stated on the Barnes and Noble website, the summary for The Omega Factor is:

"Enter UNESCO investigator, Nicholas Lee, who works for the United Nations’ Cultural Liaison and Investigative Office (CLIO). Nick’s job is to protect the world’s cultural artifacts—anything and everything from countless lesser-known objects to national treasures.

When Nick travels to Belgium for a visit with a woman from his past, he unwittingly stumbles on the trail of a legendary panel from the Ghent Altarpiece, stolen in 1934 under cover of night and never seen since. Soon Nick is plunged into a bitter conflict, one that has been simmering for nearly two thousand years. On one side is the Maidens of Saint-Michael, les Vautours—the Vultures—a secret order of nuns and the guardians of a great truth. Pitted against them is the Vatican, which has wanted for centuries to both find and possess what the nuns guard. Because of Nick the maidens have finally been exposed, their secret placed in dire jeopardy—a vulnerability that the Vatican swiftly moves to exploit utilizing an ambitious cardinal and a corrupt archbishop, both with agendas of their own.

From the tranquil canals of Ghent, to the towering bastions of Carcassonne, and finally into an ancient abbey high in the French Pyrenees, Nick Lee must confront a modern-day religious crusade intent on eliminating a shocking truth from humanity’s past. Success or failure—life and death—all turn on the Omega Factor."

If anyone else is interested in checking out the book The Omega Factor by Steve Berry, click the image up above! It's currently on sale for 30% off.

I'm really looking forward to checking this novel out! It seems like a solid read for the end of the summer season. The great reviews and interesting description have me quite intrigued.