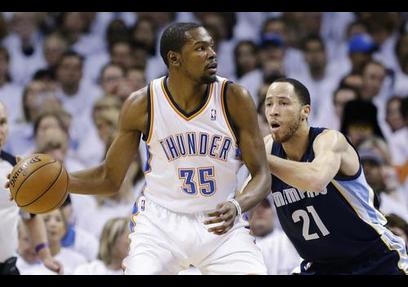 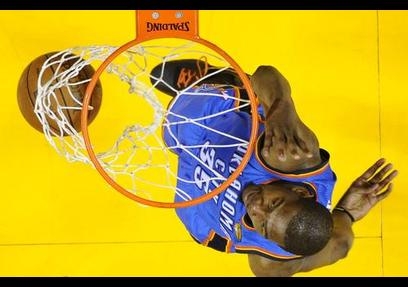 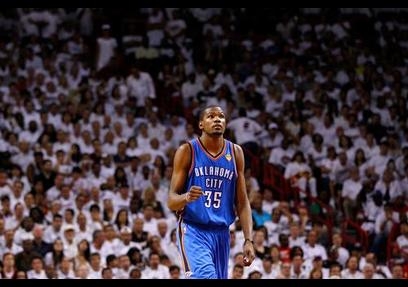 Kevin Durant (Born September 29th, 1988) Is an American Professional basketball player with the Oklahoma City Thunder of the NBA. Durant has won 3 NBA scoring titles, the NBA Rookie of the Year Award, and an Olympic gold medal. Durant has also been selected to four All-NBA teams, and five All-Star teams. Durant attended the University of Texas for one season of college basketball, where he won many year-end awards and became the first ever freshman to be named Naismith College Player of the Year, after one season of college basketball Durant dropped out of the University of Texas.