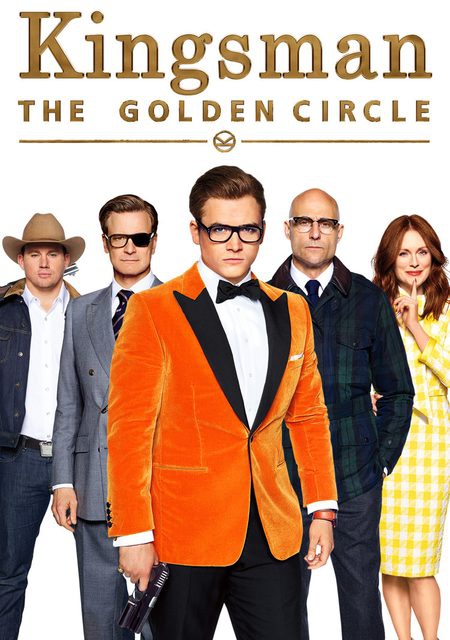 A fun sequel to the first Kingsman movie!

I really enjoyed the fitrst Kingsman movie, especially because Samuel L. Jackson was part of the cast. Kingsman: The Golden Circle offers more of everything that made the first movie so much fun, and is just as over-the-top but humane! The cast for Kingsman: The Golden Circle is just as renowned too, featuring Elton John, Channing Tatum, Halle Berry, Jeff Bridges and more!

The description of Kingsman: The Golden Circle, as stated on iTunes, is:

"Kingsman: The Secret Service introduced the world to Kingsman -- an independent, international intelligence agency operating at the highest level of discretion, whose ultimate goal is to keep the world safe. In KINGSMAN: THE GOLDEN CIRCLE, our heroes face a new challenge. When their headquarters are destroyed and the world is held hostage, their journey leads them to the discovery of an allied spy organization in the United States called Statesman, dating back to the day they were both founded. In a new adventure that puts their agents’ strength and wits to the limit, these two elite secret organizations band together to defeat a ruthless common enemy, in order to save the world, something that’s becoming a bit of a habit for Eggsy…"

If anyone is interested in checking out the movie Kingsman: The Golden Circle from 20th Century Fox, click on the image up above.

I really recommend this movie for fans of wacky spy movies or those that enjoyed the first movie!

Tags:
Kingsman: The Golden Circle, Kingsman, 20th Century Fox,
Leave a Note.
Must be logged in to comment
Previous Fave
Next Fave
Sharing is good
Faved December, 17 2019 by: