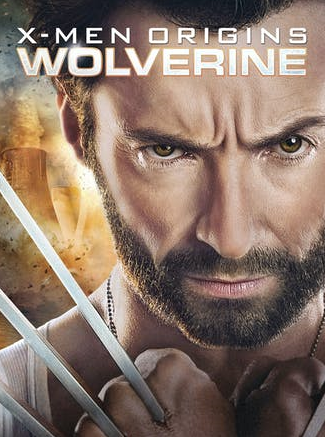 A pulse-pounding action thriller with a magnificent cast!

I re-watched X-Men Origins: Wolverine on DVD last night and had such a blast going down memory lane! Hugh Jackman did an amazing job taking up the mantle of Logan/Wolverine in this origin movie. It has great action scenes and superb encounters with new mutants, like my favorite anti-hero Deadpool!

The description of X-Men Origins: Wolverine, as stated on iTunes, is:

"This pulse-pounding action thriller sinks razor-sharp adamantium claws into the mysterious origins of Logan/Wolverine (Hugh Jackman). Discover his epically violent and romantic past, his complex relationship with Victor Creed/Sabretooth (Liev Schreiber), the ominous Weapon X program that unleashes his primal fury, and his encounters with legendary new mutants, including Deadpool (Ryan Reynolds)!"

If anyone is interested in checking out X-Men Origins: Wolverine from 20th Century Fox, click on the image up above. You won't regret this action-packed movie!

This is one of my favorite X-Men movies! I loved Hugh Jackman's performance as he solidifies himself in the role of Logan/Wolverine.