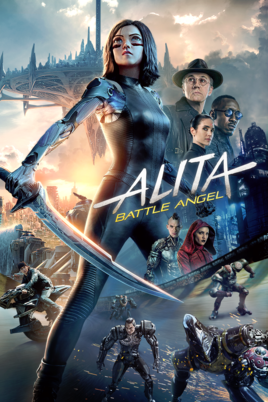 A riveting action sci-fi movie from the producers of Titanic and Avatar!

I really enjoyed watching the movie Alita: Battle Angel, it features breathtaking special effects and interesting characters that any fan of futuristic sci-fi's will love.

The description of Alita: Battle Angel, as stated on iTunes, is:

"From visionary filmmakers James Cameron and Robert Rodriguez comes ALITA: BATTLE ANGEL, an epic adventure of hope and empowerment. When Alita (Rosa Salazar) awakens in a future world she does not recognize, she is taken in by a compassionate doctor (Christoph Waltz) who realizes that somewhere in this abandoned cyborg shell is the heart and soul of a young woman with an extraordinary past."

If anyone is interested in checking out Alita: Battle Angel from 20th Century Fox, click on the image up above. It is such an action-packed movie!

I really recommend this movie to those who have not seen it and love the sci-fi genre!