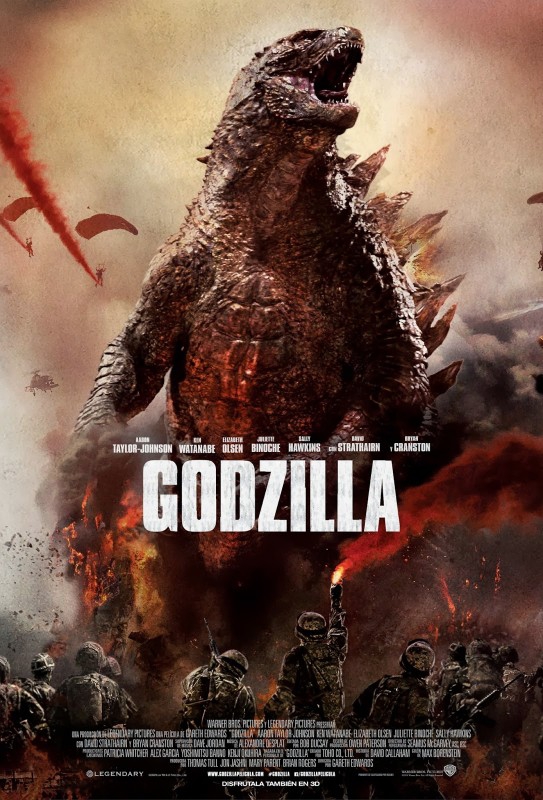 An iconic monster movie, full of action and glory!

I just saw the newest Godzilla movie, King of the Monsters, and it was so awesome! That reminded me of how much I loved the Godzilla (2014) movie. It has just enough human drama to anchor the sweeping spectacle of giant monsters smashing everything in sight, this Godzilla movie truly restored the franchise's fire-breathing glory. Who wouldn't love iconic movie monsters wreaking massive destruction with great effects and well rendered monsters?

The description of Godzilla (2014), as stated on iTunes, is:

"In this gritty, realistic sci-fi action epic, Godzilla returns to its roots as one of the world's most recognized monsters. Directed by Gareth Edwards and featuring an all-star international cast, this spectacular adventure pits Godzilla against malevolent creatures that, bolstered by humanity's scientific arrogance, threaten our very existence."

If anyone is interested in checking out Godzilla (2014) from Warner Bros., click on the image up above. It is such an action-packed movie!

I really recommend this movie for those who have not seen it or are interested in the newest Godzilla!

Tags:
Godzilla (2014), Gozilla, Movie, Warner Bros.
Leave a Note.
Must be logged in to comment
Previous Fave
Next Fave
Sharing is good
Faved June, 05 2019 by: