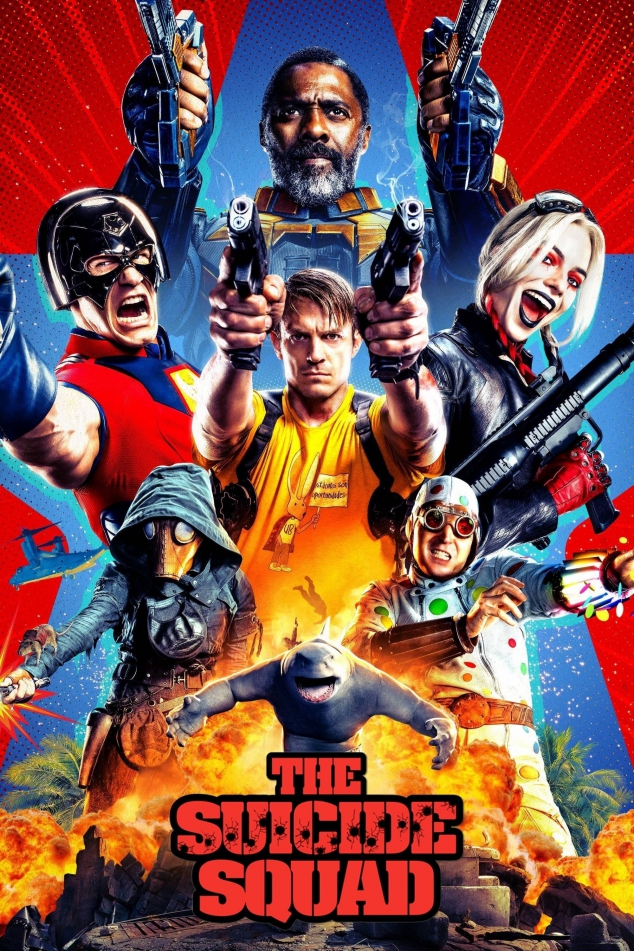 A funny and fast-paced rebound movie that plays to the source material's strengths!

I recently checked out The Suicide Squad (2021) over the weekend and I was pleasantly surprised at how exciting it was. I enjoy James Gunn's direction and I think this movie had such a stellar cast, featuring Margot Robbie, Idris Elba, John Cena, and more! The movie was somewhat gory and vulgar (it is rated R to be fair), but it was very fun and had a surprising amount of heart.

The description of The Suicide Squad (2021), as stated on iTunes, is:

"Welcome to Belle Reve, the prison with the highest mortality rate in the US of A. Where the worst Super-Villains are kept and where they will do anything to get out— join the super-secret, supershady Task Force X. Today’s do-or-die assignment? Assemble a collection of cons, including Bloodsport, Peacemaker, Captain Boomerang, Ratcatcher 2, Savant, King Shark, Blackguard, Javelin and Harley Quinn. Then arm them heavily and drop them on the remote, enemy-infused island of Corto Maltese. Trekking through a jungle with militant adversaries and guerrilla forces at every turn, the Squad is on a search and destroy mission, with only Colonel Rick Flag on the ground to make them behave…and Amanda Waller’s government techies in their ears, tracking their every move. And as always, one wrong move and they’re dead (whether at the hands of their opponents, a teammate, or Waller herself)."

The movie was quite entertaining. It's got a lot of action scenes, unique effects, and once again, a stellar cast.

If anyone is interested in checking out the movie The Suicide Squad (2021) from Warner Bros., click on the image up above.

- Gory and vulgar, but fun and with a surprising amount of heart
- Great cast
- Based on the source material
- Excellent effects
- Great to watch with friends who love DC or the Suicide Squad already

I had a great time watching this movie. I highly recommend it to fans of the DC Universe, original source material, or James Gunn. It does not disappoint.