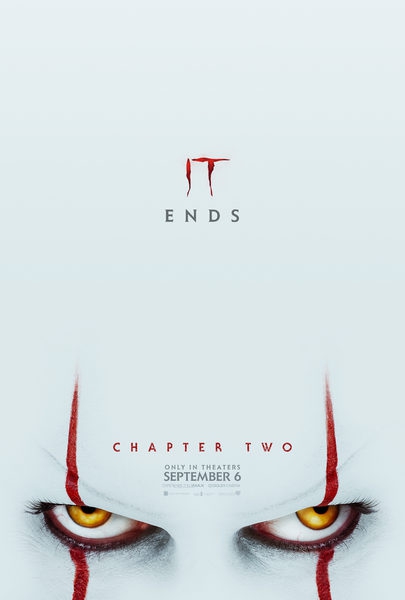 I have been watching quite a few scary or horror movies lately to get into the Halloween spirit. I watched the 2017 release of the It movie but I had not seen It Chapter Two until recently. I really enjoyed this sequel. It brought together a fine cast and a faithful approach to the source material. There were plenty of scares and horror moments.

The description of It Chapter Two, as stated on iTunes, is:

"Because every 27 years evil revisits the town of Derry, Maine, “It Chapter Two” brings the characters—who’ve long since gone their separate ways—back together as adults, nearly three decades after the events of the first film."

If anyone is interested in checking out It Chapter Two from Warner Bros., click on the image up above.

I really enjoyed watching this movie. It is a great horror movie for the Halloween season, though definitely not appropriate for kids. I think this will be a fave of mine for quite some time.

Tags:
It Chapter Two, It, Movie, Stephen King, iTunes, Warner Bros.
Leave a Note.
Must be logged in to comment
Previous Fave
Next Fave
Sharing is good
Faved October, 28 2020 by: