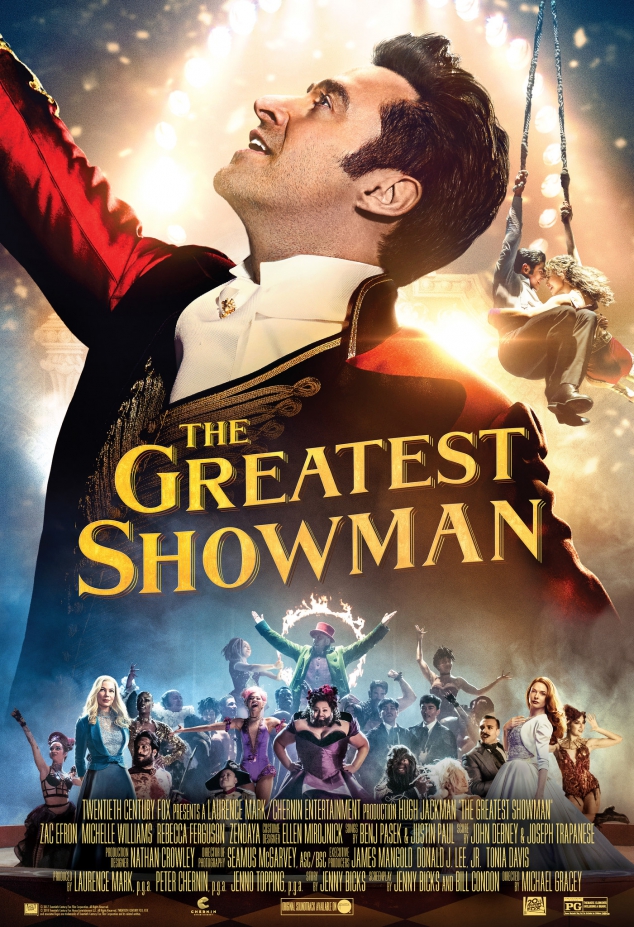 A dazzling movie with a Barnum-style sense of wonder!

I just watched The Greatest Showman from 20th Century Fox the other day, and I really liked it! It's inspired by the imagination of P.T. Barnum, which follows an original musical that celebrates the birth of show business and tells of a visionary who rose from nothing to create a spectacle that became a worldwide sensation. This movie features a few of my fave actors, such as Hugh Jackman, Zac Efron, Zendaya, and others!

The description of The Greatest Showman, as stated on iTunes, is:

"THE GREATEST SHOWMAN is an original musical inspired by the life of P.T. Barnum, starring Hugh Jackman. Barnum was a visionary who rose from nothing to create the “Greatest Show on Earth,” a spectacle and celebration of his larger-than-life imagination that captivated audiences around the globe."

If anyone is interested in checking out The Greatest Showman from 20th Century Fox, click on the image up above. I really recommend it, it was a great movie!

I thought this movie was really interesting, and is based on such as intriguing real-life story.

Tags:
The Greatest Showman, Movie, Hugh Jackman, 20th Century Fox,
Leave a Note.
Must be logged in to comment
Previous Fave
Next Fave
Sharing is good
Faved November, 02 2018 by: