The Sentinel by Lee Child and Andrew Child 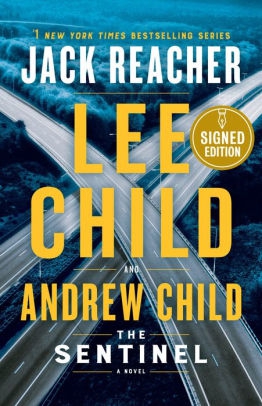 The newest novel in the Jack Reacher Series!

I was pleasantly surprised to see the newest entry to the Jack Reacher series, The Sentinel by Lee Child and Andrew Child, available on Barnes and Noble. The Jack Reacher series is one of my favorite book series. In this novel, it seems #1 New York Times Bestselling author Lee Child teamed up with his brother, who is also a fellow thriller writer. It sounds like an exhilarating thriller novel.

As stated on the Barnes and Noble website, the summary for The Sentinel is:

"It is close to midnight on a Saturday night when Jack Reacher gets off a bus at the Greyhound station in Nashville. Reacher is in no hurry. He has no appointments to keep. No people to see. No scores to settle. Not yet anyway.

But in the early morning hours, under particular circumstances, a familiar thought will be snaking through his sharp, instinctual lizard brain:

A voice in his head telling him to walk away.

Of course, this wouldn’t be the first time he listened to his gut instead.

Meanwhile, seventy-five miles south and west of Music City is a sleepy little town where a recently-fired guy nurses a grudge that will fester into fury—and a desire for payback. But who is watching him, standing guard over a long-buried secret, ready to strike before it can be revealed?

If you don't have a sense of the danger you're in, then it's best to have Reacher."

If anyone else is interested in checking out the book The Sentinel by Lee Child and Andrew Child, click the image up above!