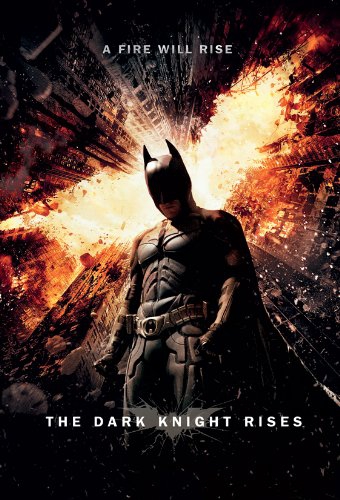 The epic conclusion to The Dark Knight Trilogy!

The Dark Knight Rises is my favourite movie from The Dark Knight Trilogy. It is an ambitious, thoughtful and potent action film that concludes the franchise in a spectacular fashion. Christian Bale's final Batman is as gritty and dark as the first two - exactly what I wanted from the conclusion! Batman is one of my favorite superheroes.

The description of The Dark Knight Rises, as stated on iTunes, is:

"Watch the epic conclusion to The Dark Knight Trilogy! Eight years ago, after taking the blame for D.A. Harvey Dent’s death, Batman (Christian Bale) mysteriously vanished. But everything changes with the appearance of a cunning cat burglar – played by Anne Hathaway – and the arrival of Bane (Tom Hardy), a ruthless madman. Bane’s reign of terror forces Batman out of his self-imposed exile and into the ultimate battle for Gotham City’s survival…and his own!"

If anyone is interested in checking out The Dark Knight Rises from Warner Bros., click on the image up above. You won't regret this action-packed movie!

I really recommend this movie!

Tags:
The Dark Knight Rises, Movie, Batman, Warner Bros.
Leave a Note.
Must be logged in to comment
Previous Fave
Next Fave
Sharing is good
Faved May, 21 2019 by: