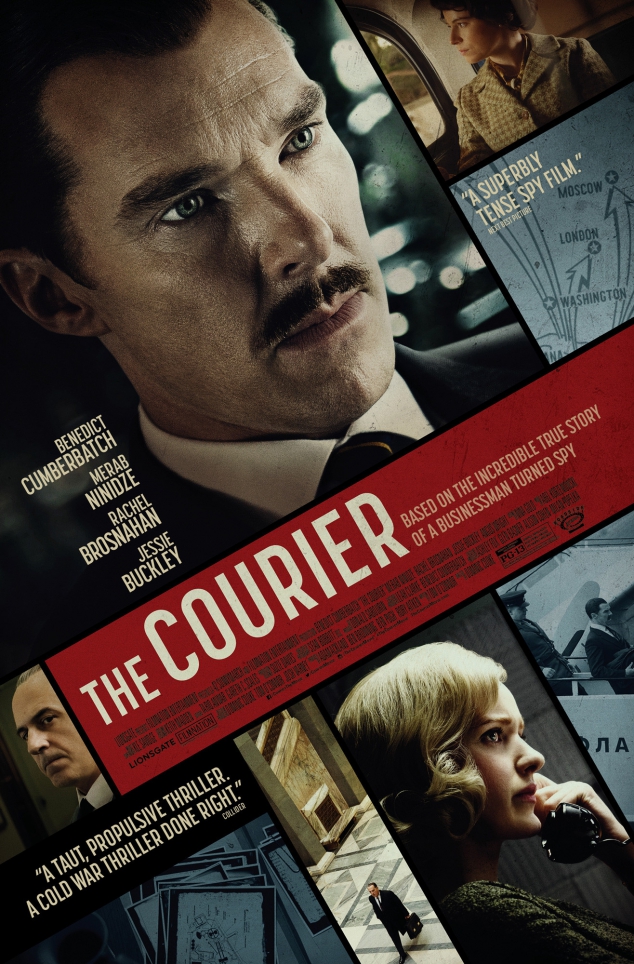 A thrilling old-school spy adventure elevated by a fact-based story!

I am a huge fan of Benedict Cumberbatch. I love his acting in nearly every role he has ever played. When I saw that The Courier (2021) was out and that he was starring in it, I knew I had to check it out. I'm glad I did because as expected, his acting was extraordinaire and the story was quite thrilling. It is essentially an intense Cold War thriller based on facts and a true-life story.

"In this true-life Cold War spy thriller, unassuming British businessman Greville Wynne (Benedict Cumberbatch) becomes entangled in one of the greatest international conflicts in history. Recruited by MI6 and a CIA operative (Rachel Brosnahan), Wynne forms a covert partnership with Soviet officer Oleg Penkovsky (Merab Ninidze), and both men risk everything in a danger-fraught race against time to provide the intelligence needed to prevent nuclear confrontation and end the Cuban Missile Crisis."

If anyone is interested in checking out the movie The Courier (2021) from Lionsgate, click on the image up above. It's an excellent action and adventure movie.

I had a great time watching this movie. I highly recommend it to fans of fact-based stories, Benedict Cumberbatch, and spy movies.