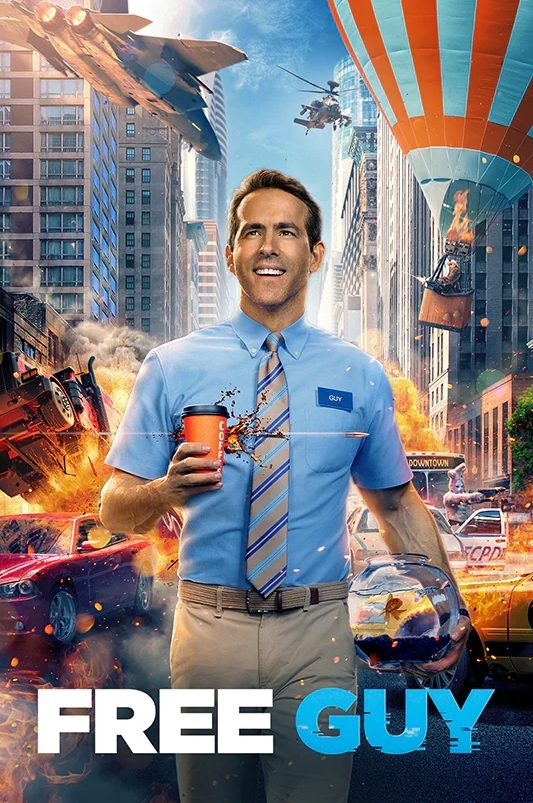 A fun and unique video game movie with quite the clever concept!

I recently checked out the movie Free Guy after reading so many good reviews about the movie. I must say, it was quite an interesting movie. It combines a clever concept, sweet and self-aware humor, and a charming cast. Ryan Reynolds once again did an excellent job starring in this. This movie was a ton of fun, perfect for the whole family.

The description of Free Guy, as stated on iTunes, is:

"A bank teller who discovers he is actually a background player in an open-world video game, decides to become the hero of his own story…one he rewrites himself. Now in a world where there are no limits, he is determined to be the guy who saves his world his way… before it is too late."

I really enjoyed watching Free Guy. I am normally a fan of Sci-Fi and video game movies as is, but this was beyond entertaining. It has very likable video game comedy with tons of guns and explosive action.

If anyone is interested in checking out the movie Free Guy from Berlanti Productions / 21 Laps / Maximum Effort / Lit Entertainment Group, click on the image up above.

I really enjoyed watching this movie. It was such a great night with friends. I highly recommend it for fans of Ryan Reynolds, video game humor, or action-packed movies.