The Lost Girls of Paris by Pam Jenoff 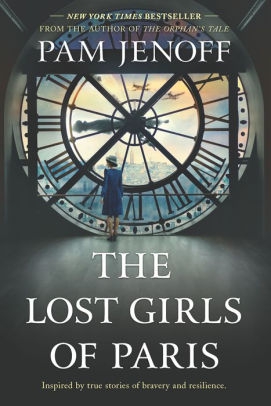 Vividly rendered and inspired by true events, this novel shines light on the incredible heroics of the brave women of the war!

I have been seeing a lot of reviews for The Lost Girls of Paris by Pam Jenoff. It is described as a remarkable story of friendship and courage centered around three women and a ring of female spies during World War II. I really love novels that are inspired by true stories, and this inspired by a true story of bravery and resilience.

As stated on the Barnes and Noble website, the summary for The Lost Girls of Paris is:

Grace Healy is rebuilding her life after losing her husband during the war. One morning while passing through Grand Central Terminal on her way to work, she finds an abandoned suitcase tucked beneath a bench. Unable to resist her own curiosity, Grace opens the suitcase, where she discovers a dozen photographs—each of a different woman. In a moment of impulse, Grace takes the photographs and quickly leaves the station.

Grace soon learns that the suitcase belonged to a woman named Eleanor Trigg, leader of a ring of female secret agents who were deployed out of London during the war. Twelve of these women were sent to Occupied Europe as couriers and radio operators to aid the resistance, but they never returned home, their fates a mystery. Setting out to learn the truth behind the women in the photographs, Grace finds herself drawn to a young mother turned agent named Marie, whose daring mission overseas reveals a remarkable story of friendship, valor and betrayal."

If anyone else is interested in checking out the book The Lost Girls of Paris by Pam Jenoff, please click the image up above! It is currently on sale for 34% off.

Tags:
The Lost Girls of Paris, Novel, Book, Pam Jenoff
Leave a Note.
Must be logged in to comment
Previous Fave
Next Fave
Sharing is good
Faved May, 16 2019 by: