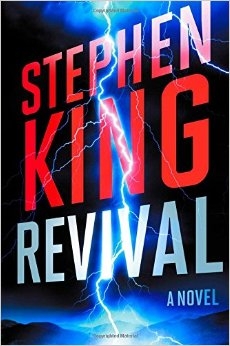 In a small New England town, over half a century ago, a shadow falls over a small boy playing with his toy soldiers. Jamie Morton looks up to see a striking man, the new minister. Charles Jacobs, along with his beautiful wife, will transform the local church. This rich and disturbing novel spans five decades on its way to the most terrifying conclusion Stephen King has ever written. It’s a masterpiece from King, in the great American tradition of Frank Norris, Nathaniel Hawthorne, and Edgar Allan Poe.

Tags:
The Revival, Stephen King, Horror, New England
Leave a Note.
Must be logged in to comment
Previous Fave
Next Fave
Sharing is good
Faved December, 17 2014 by: