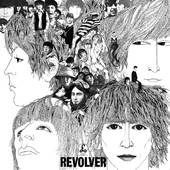 This album is a true musical masterpiece.

Revolver records The Beatles at the top of their game. The level of composition, both lyrically and musically, is at their highest plateau. The Beatles’ seventh album was released in early August 1966. Prior to the album’s release, the band had set off on a quick tour that included the USA. These gigs turned out to be their last. The Beatles final performance took place on 29th of August 1966 at Candlestick Park, San Francisco. Revolver entered the UK chart at number 1 where it enjoyed seven weeks in that spot out of an impressive overall run of 34 weeks. In the USA Revolver spent six of its 77 week chart life in the top position.

Tags:
Revolver, The Beatles, Music, Rock, Pop, Album
Leave a Note.
Must be logged in to comment
Previous Fave
Next Fave
Sharing is good
Faved May, 07 2012 by: