Pet Sounds by The Beach Boys 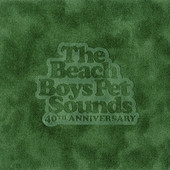 One of the most important pop albums of all time.

Pet Sounds is appreciated more now than it was at its release where it only reached #10 on American Billboard charts. Originally released on May 16th, 1966 Pet Sounds was the eleventh studio album from The Beach Boys. History has now widely recognized it as one of popular music's most influential albums.

Tags:
Pet Sounds, The Beach Boys, Music, Album, Rock, Pop
Leave a Note.
Must be logged in to comment
Previous Fave
Next Fave
Sharing is good
Faved May, 05 2012 by: