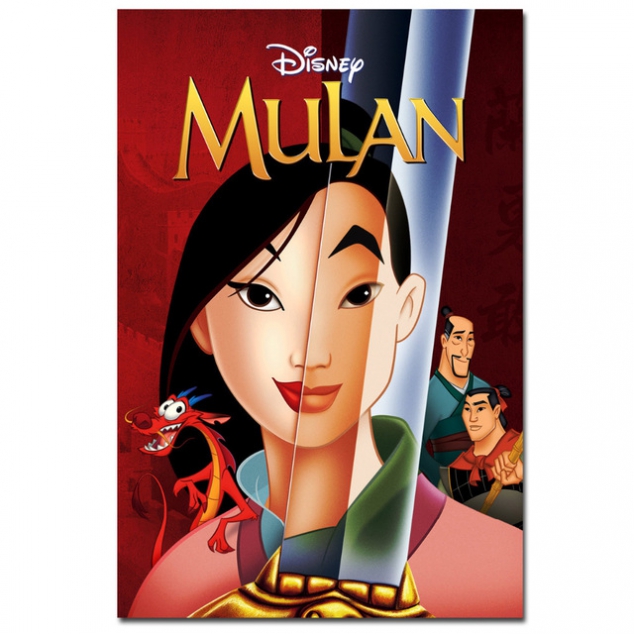 A classic Disneyfied but dignified tale of a Chinese warrior!

Mulan was one of my fave Disney movies when I was a kid! It explores the themes of family duty and honor, Mulan really broke new ground as a Disney film while still bringing vibrant animation and sprightly characters to the screen.

The description of Mulan, as stated on iTunes, is:

"Based on an ancient Chinese poem, the legend of Mulan beautifully unfolds in Disney’s 36th animated classic! Full of daring adventure, hilarious characters and inspiring music, this new edition celebrates honour, courage and a young girl’s quest to be true to her own heart. Beautiful and clever Mulan proves her worth outside of her tradition-bound society when, disguised as “Ping,” she bravely takes her father’s place in the Imperial Army. Helped by her outrageously funny guardian dragon Mushu and a lucky cricket named Cri-Kee, Mulan strives to earn the respect of her fellow warriors and their handsome Captain Shang. A climactic battle atop the Imperial Palace is where her family’s honour and the fate of the Emperor and all of China rest in her hands!"

If anyone is interested in checking out the movie Mulan by Walt Disney Pictures, click on the image up above. It's fun for the whole family!

- A dignified tale of a Chinese warrior, exploring the themes of family duty and honor
- Family friendly
- A classic

I really recommend this movie to anyone who missed it growing up, or to show it to the young kids of today.

Tags:
Mulan, Movie, Disney, Walt Disney Pictures
Leave a Note.
Must be logged in to comment
Previous Fave
Next Fave
Sharing is good
Faved April, 03 2019 by: