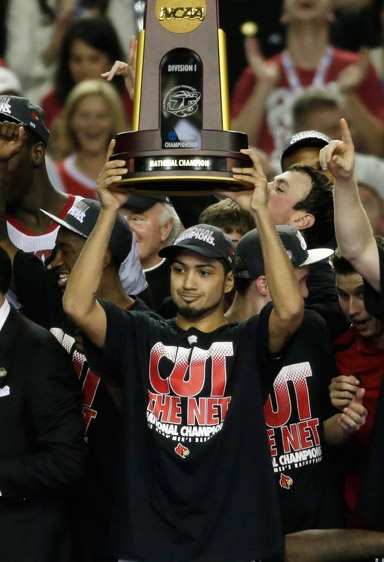 Luke Hancock of the Louisville Cardinals made all five of his 3-pointers and led Louisville to its first NCAA men's basketball championship since 1986 with an 82-76 victory over Michigan on Monday night.

Jacob Manning into Sports
over 8 years ago
Refave
Next Fave
Sharing is good
Faved April, 09 2013 by: