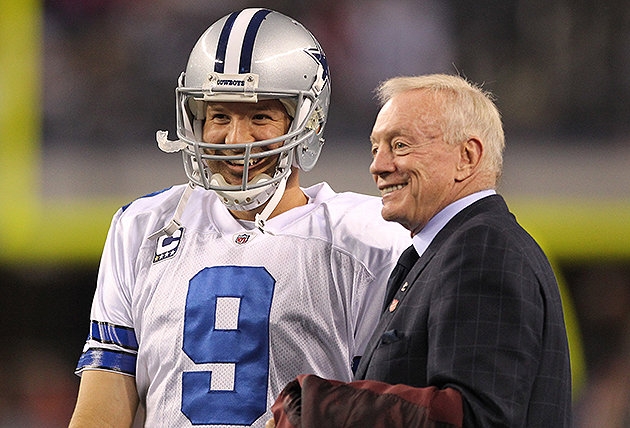 Romo's deal with the Cowboys worth 108 million (55 million guaranteed)

Tony Romo, who turns 33 in April, is scheduled to earn $11.5 million base salary in 2013, which is the final season of his current contract. Romo is technically signed through the 2016 season, but the final three seasons of that contract will void after this season.

Tags:
Tony Romo, Dallas Cowboys, Contract extension
Leave a Note.
Must be logged in to comment
Previous Fave
Next Fave
Sharing is good
Faved April, 09 2013 by: