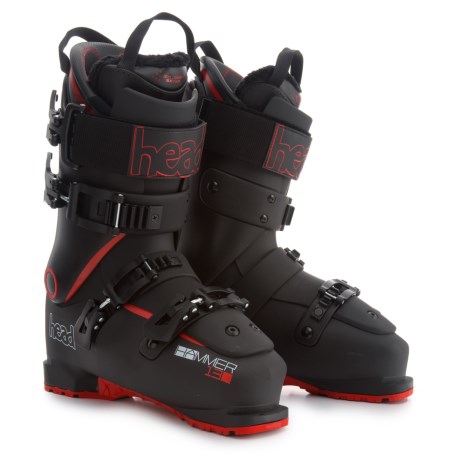 I really like the Head Hammer 130 Ski Boots from Sierra Trading Post. They are aggressive, race-inspired all-mountain boots with an adjustable flex rating, interchangeable tongues and 360-degree shock absorption for super-stiff support in varying conditions.

I like the three-piece shell with 360-degree foot and shin protection. It's very handy while on the slopes. As well as the 120-130 flex rating with Flex Tuning system. The race-inspired narrow last is what drew me to these ski boots the most. It's just a satisfyingly sleek look.

If anyone else is interested in the Head Hammer 130 Ski Boots from Sierra Trading Post, click on the image up above. They are currently on sale for 60% off, such an amazing deal for a terrific pair of ski boots with both ski and walk mode!

They are such an aggressive pair of boots. Such a steal for this price!

Hamilton, ON, CA
9 followers, following 5
Follow
Faved into the Collection: