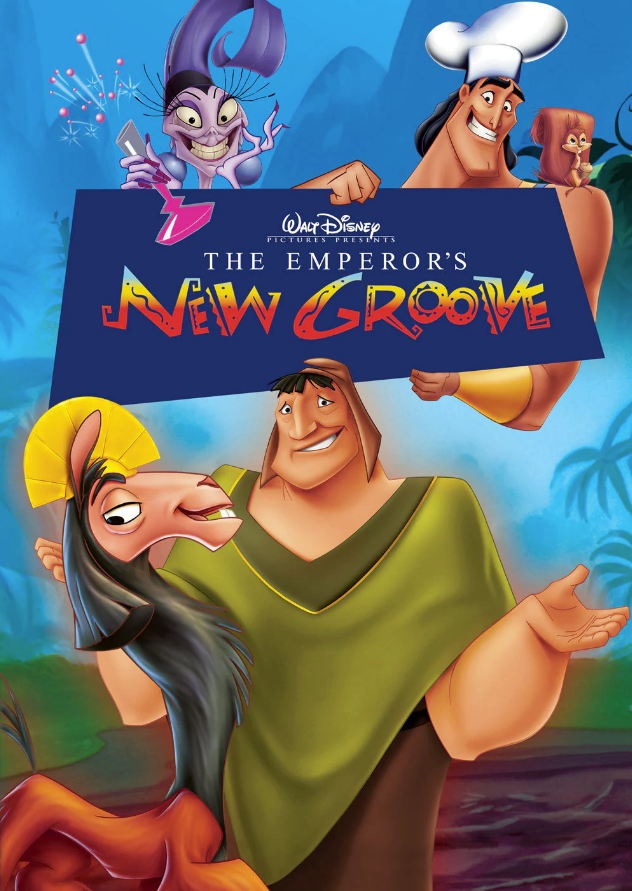 A hilariously goofy movie that is great for the whole family!

The Emperor's New Groove is yet another one of my favorite childhood movies! There was a TV show that came out after the movie that I watched all the time because of how hilarious it was. The cast is also quite amazing, especially David Spade who voices Emperor Kuzco. This movie has such a brisk pace, with fresh characters and big laughs that make for a great time for the whole family.

The description of The Emperor's New Groove, as stated on iTunes, is:

"Hilarious comedy rules in Disney's The Emperor's New Groove! There's something for everyone in this hip, funny movie with its dynamo cast, distinctive style, and great music -- featuring the Academy Award®-nominated song "My Funny Friend And Me" (2000, Best Original Song). Emperor Kuzco (voiced by David Spade) is turned into a llama by his devious advisor, Yzma (Eartha Kitt), and her hunky henchman, Kronk (Patrick Warburton). Now the ruler who once had it all must form an unlikely alliance with a pleasant peasant named Pacha (John Goodman). Together, they must overcome their differences as they embark on a hilarious, "groovy" adventure. Discovering the good in everyone has never been this much fun! Your whole family will enjoy this comic delight again and again."

If anyone is interested in checking out The Emperor's New Groove from Walt Disney Pictures, click on the image up above.

This movie is hilarious. If you haven't seen it yet, you seriously need to! It will always be a classic to me.

Tags:
The Emperor's New Groove, Movie, Walt Disney Pictures
Leave a Note.
Must be logged in to comment
Previous Fave
Next Fave
Sharing is good
Faved February, 13 2019 by: