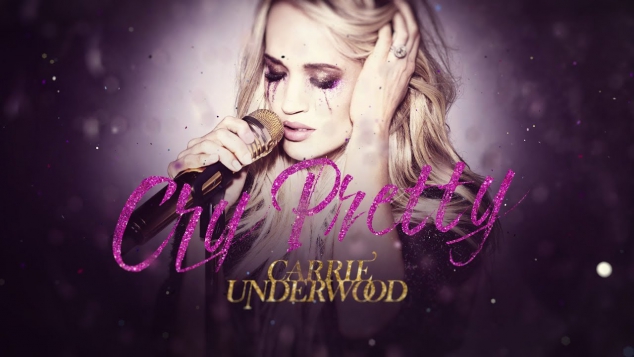 Cry Pretty by Carrie Underwood is not the most country song you would ever hear, but it's much better than any of Carrie's earlier music. It's a good song with a loud, energetic sound that you would really expect from a lead single.

Her song is said to have been written as a partial response to a fall she took in her home earlier in the year, which resulted in her needing surgery on her wrist and 40 stitches on her face.

The way I hear it, the song describes how a person can hide their emotions and pretend they are okay, but they can't hide tears. You can't just cover it up with makeup or mascara so just let it out because you can't "cry pretty".

I don't think it is her best song to date, but it's a good step in a new direction rather than what I have been used to. If anyone would like to hear the song Cry Pretty by Carrie Underwood, check out the source link up above to listen to it on iTunes.

- A much needed change of theme.
- Powerful message.

I recommend this to anyone who is a fan of Carrie Underwood, or less intense country songs.

Tags:
Cry Pretty, Song, Carrie Underwood
Leave a Note.
Must be logged in to comment
Previous Fave
Sharing is good
Faved September, 04 2018 by: