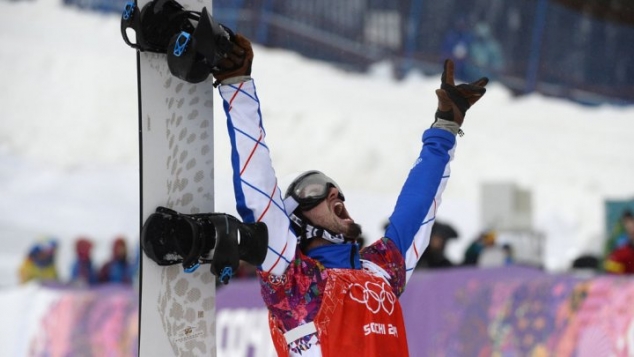 The French snowboarder Pierre Vaultier won Olympic gold in the snowboard cross on Tuesday, despite chaos caused by rain-soaked conditions and his having recently suffered a knee injury that usually takes months to heal.