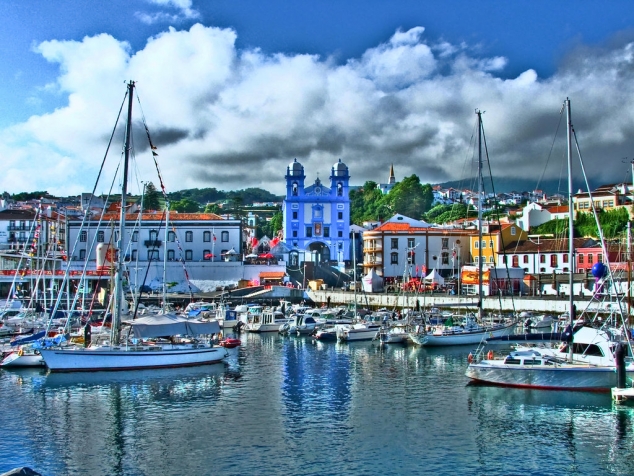 Relax on Santa Maria, the southernmost island in the Portuguese Azores

The Azores of Portugal are unspoiled North Atlantic island archipelago - about a thousand miles west of continental Portugal. A popular stopover point for transatlantic yachtsmen, the nine major islands - connected to the mainland by ferry service in summer - are home to green volcanic mountains, mineral hot springs, hydrangea-covered hills, rambling vineyards, white-washed seaside towns, cobblestone lanes, and traditional Flemish and Moorish windmills. The Azores are actually some of the tallest mountains on the planet, measured from their base at the bottom of the ocean to their peaks, which thrust high above the surface of the Atlantic. Because these once-uninhabited and remote islands were settled sporadically over a span of two centuries, their culture, dialect, cuisine and traditions vary considerably.