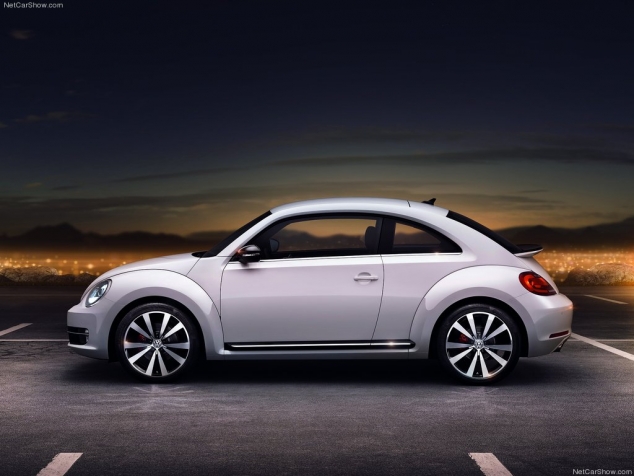 I read that in 2010 only 44 percent of New Beetle buyers were men—the car with the lowest percentage of guys behind the wheel. This Beetle is meant to change this. The 2012 VW Beetle is lower, wider, more powerful and more aggressive... but it is still cute. The Beetle is now cute in a more sexy kind of way than it was before - less playful and more intense about its looks. If you want to man things up even more choose the 2.0 turbo engine with 200 hp and a 6-speed manual transmission - and you'll be basically driving a stylized version of the very fun GTI.

Tags:
Volkswagen, VW, Beetle
Leave a Note.
Must be logged in to comment
Next Fave
Sharing is good
Faved May, 07 2012 by:

Vancouver, BC, CA
13 followers, following 4
Follow
Faved into the Collection: