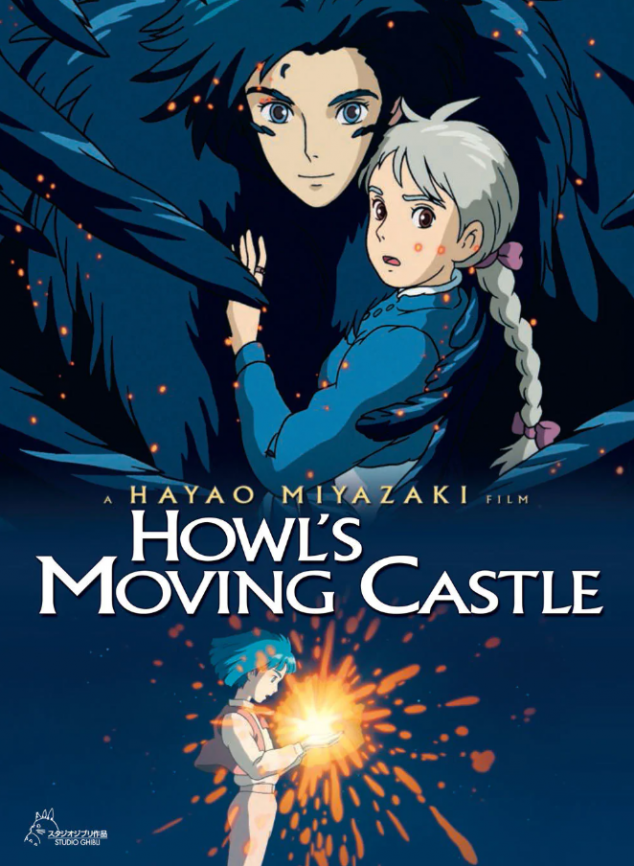 Howl’s Moving Castle is one of my fave movies! It has such a unique style and interesting story. For an animated movie, it has some of the smoothest most detailed animation I have ever seen.

The description of Howl’s Moving Castle, as stated on iTunes, is:

"From the legendary Studio Ghibli, creators of Spirited Away, and acclaimed director Hayao Miyazaki, comes the Academy Award- nominated fantasy adventure for the whole family.


Sophie, a quiet girl working in a hat shop, finds her life thrown into turmoil when she is literally swept off her feet by a handsome but mysterious wizard named Howl. The vain and vengeful Witch of the Waste, jealous of their friendship, puts a curse on Sophie and turns her into a 90-year-old woman. On a quest to break the spell, Sophie climbs aboard Howl's magnificent moving castle and into a new life of wonder and adventure. But as the true power of Howl's wizardry is revealed, Sophie finds herself fighting to protect them both from a dangerous war of sorcery that threatens their world."

If anyone is interested in checking out the movie Howl’s Moving Castle from Studio Ghibli, click on the image up above.

I love this movie. I recommend it to anyone who is a fan of Spirited Away or Studio Ghibli.

Tags:
Howl’s Moving Castle, Movie, Studio Ghibli, Hayao Miyazaki, iTunes
Leave a Note.
Must be logged in to comment
Previous Fave
Next Fave
Sharing is good
Faved May, 15 2020 by: