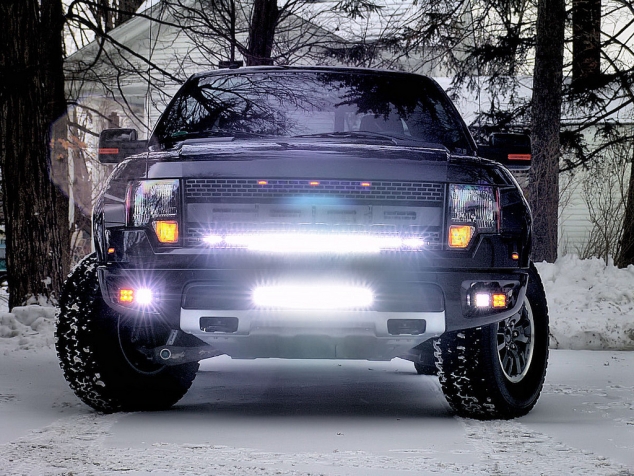 During the day, it's invisible behind the grille, but at night on the trail, the light shines through.

The second shot is with the headlights and the Rigid 40-inch E Series light bar illuminating the road ahead - much brighter.

With a life expectancy of 50,000-hours, very high lumens per watt, no glass lens to break, no bulbs to burn out, and no ballast to mount, LED lights are quickly becoming the choice in desert racing and trail use.

The Raptor shown has:

The Low Grill Kit with the 20" light bar prevents the placement of the front licence plate. Those who must have a front plate can go with the Ford F150 Raptor Lower Grill Dual 4" Kit ($529.99) instead

I want this truck!
over 8 years ago