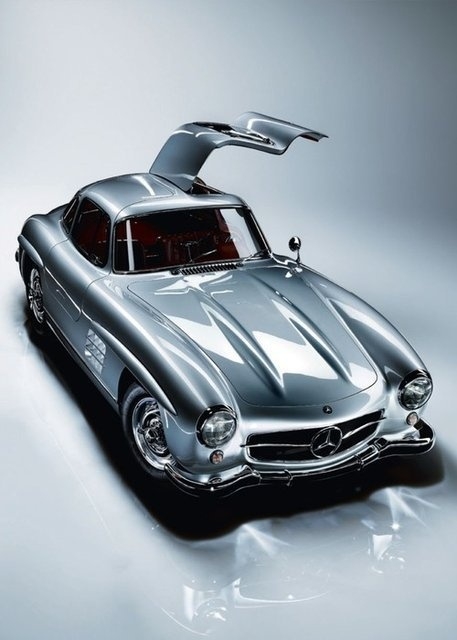 Not only did the 300SL set an amazing standard for design it also sported the world's fastest top speed. The gull wing version was available from March 1955 to 1957.