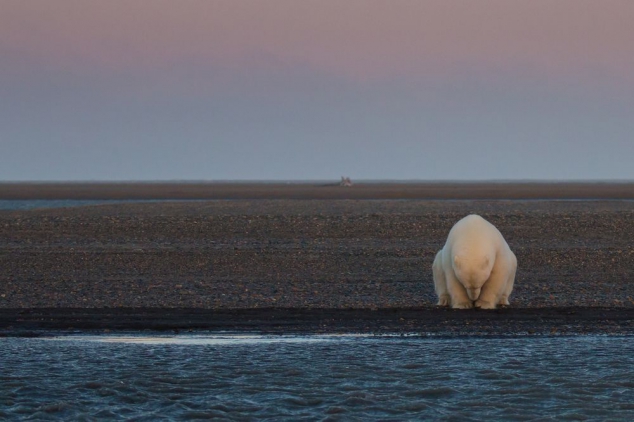 A photo that weighs heavy on the heart. A result of the National Geographic asking a worldwide community of photographers to record their stories on climate change. Climate change is a term the news has often debated, from greenhouse gas and carbon dioxide to melting ice caps and mass extinction. None of these should be taken lightly as they are heavily affecting our world and the future to come. These serious issues impact more than just wildlife, unpredicted weather across the world has taken local and international communities by storm. Many people turn a blind eye to the changing climate, but take a moment to think to yourself. In the recent years, what have you heard about neighbourhoods flooding or some uncommon disaster occurring? Communities worldwide being affected by a sudden climate change and having to adapt. Climate change has caused a multitude of devastation, but this is one of the world's new realities.

Among the many shots submitted through Your Shot, an online photo community for the National Geographic, this is one that bears a shocking reality. Captioned "No snow, no ice?", the photo depicts a single polar bear sitting peering over the edge of one of the Barter Islands. For this time of year, there should be snow, however it has been an unseasonably warm winter. As a result, the ice will not be forming until later in the year. It is hard to think about the impact that this will have on local polar bear populations and their struggle to hunt for food in the winter months. I think this is an extremely powerful image that says so much, more than any words could explain. For me, a large amount of pathos was evoked through this image. What is this image through your eyes?