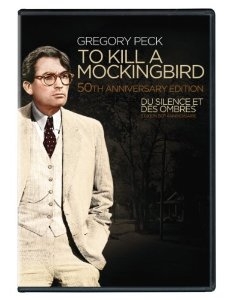 Experience one of the most significant milestones in film history like never before with To Kill a Mockingbird 50th Anniversary Edition. Screen legend Gregory Peck stars as courageous Southern lawyer Atticus Finch - the Academy Award winning performance hailed by the American Film Institute as the Greatest Movie Hero of All Time. Based on Harper Lee’s Pulitzer Prize winning novel about innocence, strength and conviction and nominated for 8 Academy Awards, this beloved classic is now digitally remastered and fully restored for optimum picture and sound quality and boasts hours of unforgettable bonus features. Watch it and remember why “it’s a sin to kill a mockingbird.”