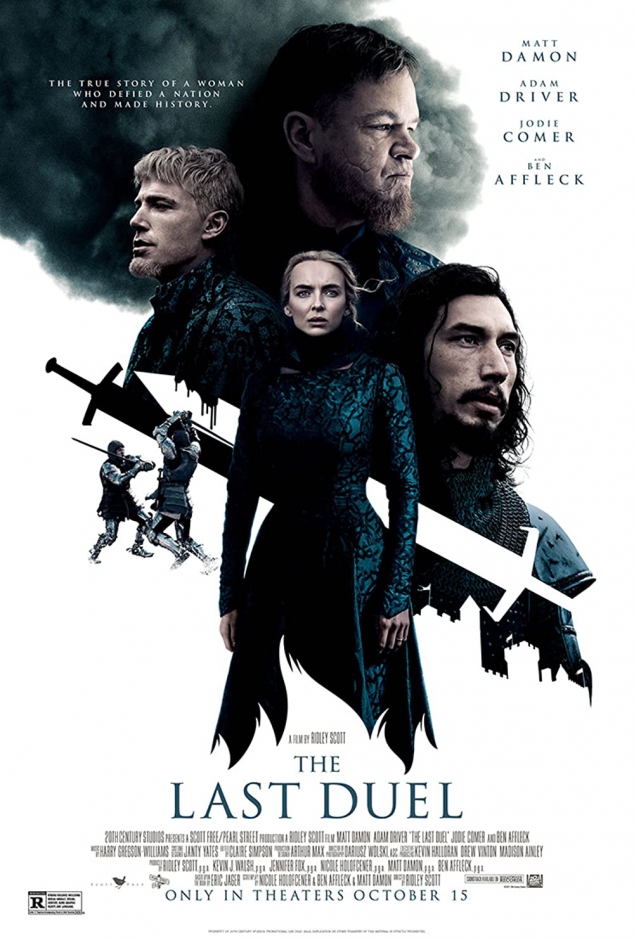 A well-acted and thought-provoking drama infused with epic grandeur!

I was informed by a friend that The Last Duel had released in October and I had been so busy that I forgot to give it a watch. Luckily I was able to rent it off iTunes for the evening to watch. It was quite interesting! Featuring a star studded cast and an excellent director, this movies is well-acted and thought-provoking, full of drama infused with epic grandeur.

The description of The Last Duel, as stated on iTunes, is:

"Jodie Comer gives a stunning performance in this thought-provoking drama set against the brutality of 14th century France from visionary filmmaker Ridley Scott. Based on actual events, the film centers on the accusation by Marguerite de Carrouges (Comer) that she was brutally assaulted by Jacques Le Gris (Adam Driver), her husband Jean de Carrouges’s (Matt Damon) friend. In order to protect his pride and prove his wife’s claim, de Carrouges requests to fight Le Gris to the death. Now, all three lives hang in the balance in this society that holds that the victor of this grisly duel will be determined by God. Moreover, if de Carrouges dies in this fight, Marguerite will be put to death. Also starring Ben Affleck as Le Gris’ scheming ally, the Count d’Alençon, this gripping, cinematic story is based on Eric Jager’s book "The Last Duel: A True Story of Crime, Scandal, and Trial by Combat in Medieval France." The Last Duel is a riveting, suspenseful tale about a courageous woman willing to risk her life in the service of truth."

I really enjoyed watching The Last Duel. I am a big fan of Matt Damon and Adam Driver, I think they're fantastic actors. Their roles in this movie were spectacular. I highly recommend this as a must-watch.

If anyone is interested in checking out the movie The Last Duel from Scott Free / Pearl Street Production, click on the image up above.

I had a great time watching this movie. I highly recommend it for any history fans, or fans of the star studded cast. It's full of action and drama!