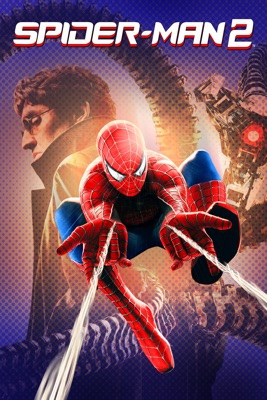 One of the greatest Spider-Man movies ever released, featuring an entertaining villain and deeper emotional focus!

After watching Spider-Man: No Way Home and seeing the spectacular crossover with the two other Spider-Man actors, Tobey Maguire and Andrew Garfield, I really felt nostalgic for their movies. In particular, Tobey Maguire's Spider-Man movies as I consider them my fave. I especially like Spider-Man 2 as I just feel like it was amazing in every way.

Alfred Molina, Tobey Maguire, and Kirsten Dunst did a great job in their roles and truly made my feel for them every moment of the movie.

The full description of the movie Spider-Man 2 is:

"In Spider-Man 2, the latest installment in the blockbuster Spider-Man series, based on the classic Marvel Comics hero, Tobey Maguire returns as the mild-mannered Peter Parker, who is juggling the delicate balance of his dual life as college student and a superhuman crime fighter. Peter's life becomes even more complicated when he confronts a new nemesis, the brilliant Otto Octavius (Alfred Molina) who has been reincarnated as the maniacal and multi-tentacled "Doc Ock." When Doc Ock kidnaps MJ (Kirsten Dunst), Spider-Man must swing back into action as the adventure reaches new heights of unprecedented excitement."

I really enjoyed Tobey Maguire's performance in this Spider-Man movie. It makes me feel so nostalgic!

If anyone is interested in checking out the movie Spider-Man 2 from Columbia Pictures Industries, Inc., click on the image up above.

- Lots of action
- Considered one of the greatest Spider-Man movies ever released
- Packed with heart, soul, and insight
- Stellar cast

Spider-Man 2 will always have a special place in my heart. It makes me so nostalgic. I consider this to be the greatest Spider-Man movie and highly recommend giving it a watch, especially after the latest Tom Holland Spider-Man movie.