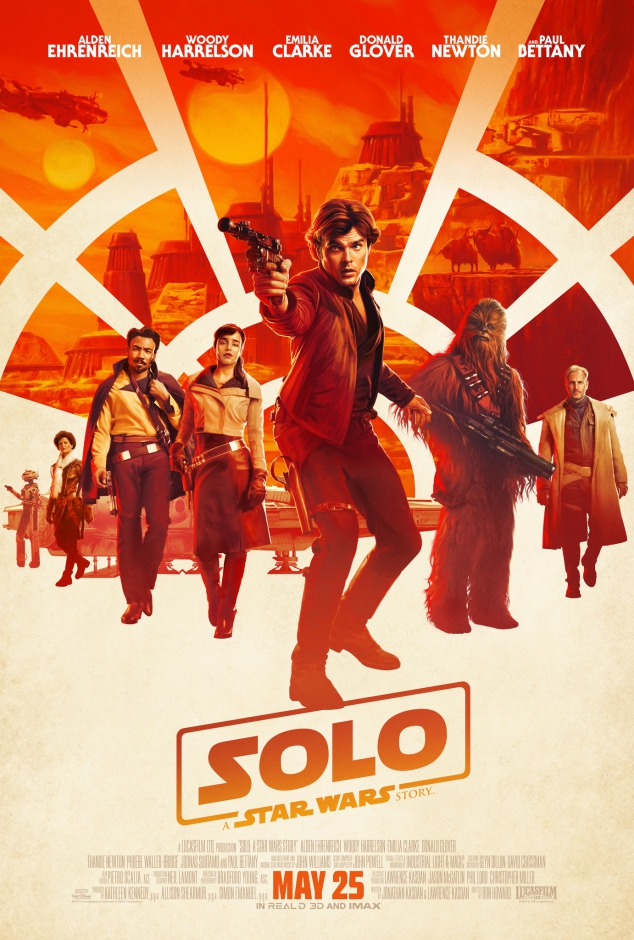 I am a big fan of Star Wars movies, so it is no surprise that Solo: A Star Wars Story would make the list for my favourite movies! I was a bit leery before seeing the movie, but it is a fun and fast-paced space adventure that is sure to satisfy both newcomers and longtime fans of the franchise!

The description of Solo: A Star Wars Story, as stated on iTunes, is:

"Board the Millennium Falcon and journey to a galaxy far, far away in Solo: A Star Wars Story, an epic action adventure with the most beloved scoundrel in the galaxy. Through a series of daring escapades deep within a dark and dangerous criminal underworld, Han Solo befriends his mighty future copilot Chewbacca and meets the notorious gambler Lando Calrissian, in a journey that will set the course of one of the Star Wars saga’s most unlikely heroes."

If anyone is interested in checking out the movie Solo: A Star Wars Story from Lucasfilm, click on the image up above.

I really recommend this movie!