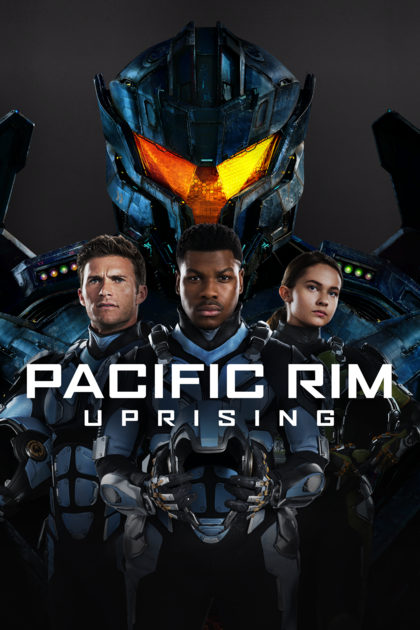 A fun monsters vs. robots sequel!

Pacific Rim: Uprising by Universal Pictures is a surprisingly fun, but violent, monsters vs. robots sequel! It really delivers with the rock 'em-sock-'em robots vs. the kaiju thrills that a fan of the original would be looking for. The movie has some of my favorite actors, most notably John Boyega from the newest Star Wars trilogy.

The description of Pacific Rim: Uprising, as stated on iTunes, is:

"John Boyega (Star Wars series) is the rebellious Jake Pentecost, a once-promising Jaeger pilot whose legendary father gave his life to secure humanity's victory against the monstrous "Kaiju." Now an even more fearsome alien threat has been unleashed on the world and Jake is called back into action by his former co-pilot, Lambert (Scott Eastwood), and a 15-year-old Jaeger hacker, Amara (Cailee Spaeny). Rising up to become the most powerful defense force to ever walk the earth, they will set course for a spectacular all-new adventure on a towering scale."

If anyone is interested in checking out Pacific Rim: Uprising from Universal Pictures, click on the image up above. I really recommend it, it was a great movie!

- A thrilling reboot by Universal Pictures
- Notable, good actors
- Action packed, with a lot of fighting

I love sci-fi fantasy movies. I enjoyed the first one, and love this sequel all the same!