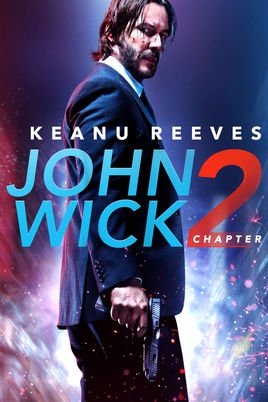 A thrilling sequel to the hit movie, John Wick!

I really enjoyed watching John Wick: Chapter 2! It does exactly what a sequel should - doubling down on the non-stop, thrillingly choreographed action that made its predecessor so much fun.

The description of John Wick: Chapter 2, as stated on iTunes, is:

"Legendary hit man John Wick is forced out of retirement again by a former associate plotting to seize control of a shadowy international assassins' guild. Bound by a blood oath to help him, John travels to Rome, where he squares off against some of the world's deadliest killers."

If anyone is interested in checking out John Wick: Chapter 2 from Entertainment One, click on the image up above. You won't regret this action-packed movie!

This is one of my fave movies! I really recommend it for anyone that watched the first John Wick movie.

Tags:
John Wick: Chapter 2, John Wick, Movies, Entertainment One
Leave a Note.
Must be logged in to comment
Previous Fave
Next Fave
Sharing is good
Faved March, 27 2019 by: