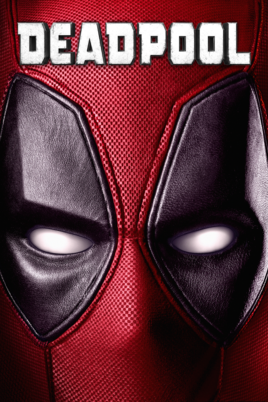 The fourth-wall-busting Deadpool is a hilarious movie to watch!

Deadpool is my favorite "superhero", if he can even be called that! The Deadpool movie is gory, gleefully profane, sexy and definitely not for kids! But it's hilarious for adults. It's fast, and funny - not to mention all the fourth-wall-busting that Deadpool does.. it creates such a wildly entertaining superhero film. Just, definitely non-family friendly!

The description of Deadpool, as stated on iTunes, is:

"Hold onto your chimichangas, folks. From the studio that brought you all 3 Taken films comes the block-busting, fourth-wall-breaking masterpiece about Marvel Comics’ sexiest anti-hero! Starring God’s perfect idiot Ryan Reynolds and a bunch of other "actors," DEADPOOL is a giddy slice of awesomeness packed with more twists than Deadpool’s enemies’ intestines and more action than prom night. Amazeballs!"

If anyone is interested in checking out Deadpool from 20th Century Fox, click on the image up above. I really recommend it, it was hilarious to watch.

I love this movie, so much. It will never cease to make me laugh!

Tags:
Deadpool, Superhero, Movie, 20th Century Fox
Leave a Note.
Must be logged in to comment
Previous Fave
Next Fave
Sharing is good
Faved November, 12 2018 by: