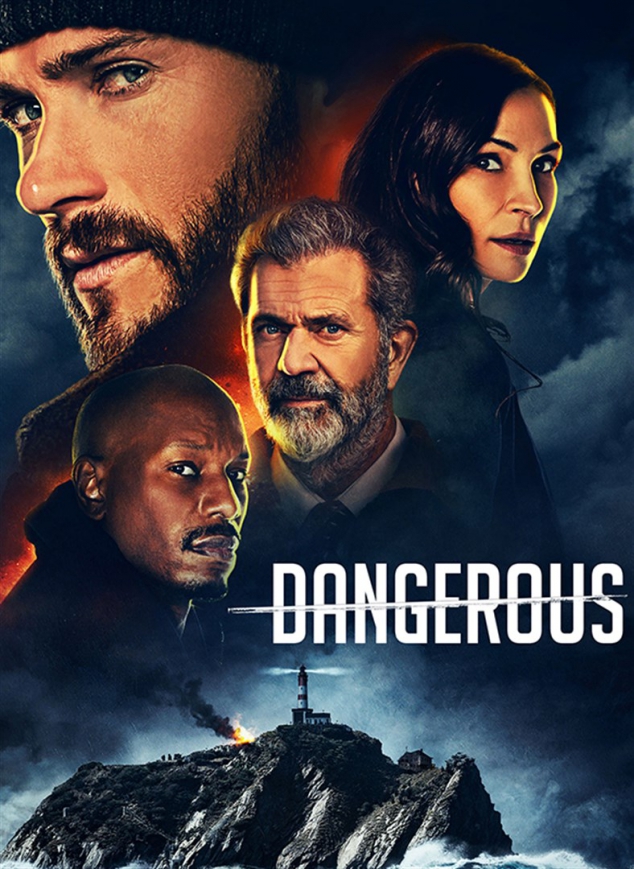 I recently checked out the film Dangerous (2021), and I was pretty impressed. It has great ratings and reviews, and sounded fairly interesting for an action thriller film so I couldn't pass it up. It is almost reminiscent of Die Hard on an island, it gives off great vibes. Tons of explosions and actions - a must watch!

The description of Dangerous (2021), as stated on iTunes, is:

"Ex-con and reformed sociopath Dylan Forrester (Scott Eastwood) is trying to quietly serve out his parole — with the help of a steady supply of antidepressants and his eccentric psychiatrist (Mel Gibson). But when his brother dies under mysterious circumstances, Dylan breaks parole and, with a dogged FBI agent (Famke Janssen) on his trail, goes to uncover the truth. A band of heavily armed mercenaries wants something Dylan’s brother was hiding, and Dylan will need all his guile and tactical skills to survive in this action-packed thriller costarring Kevin Durand and Tyrese Gibson."

I really enjoyed watching Dangerous (2021). I am a big fan of action adventure movies, and this was jam packed with stunning events great effects.

If anyone is interested in checking out the movie Dangerous (2021) from A Minds Eye Production, click on the image up above.

I had a great time watching this movie! I thought it was interesting and engaging. It kept my attention, had a decent story and plot, and awesome visuals. I recommend giving it a watch!