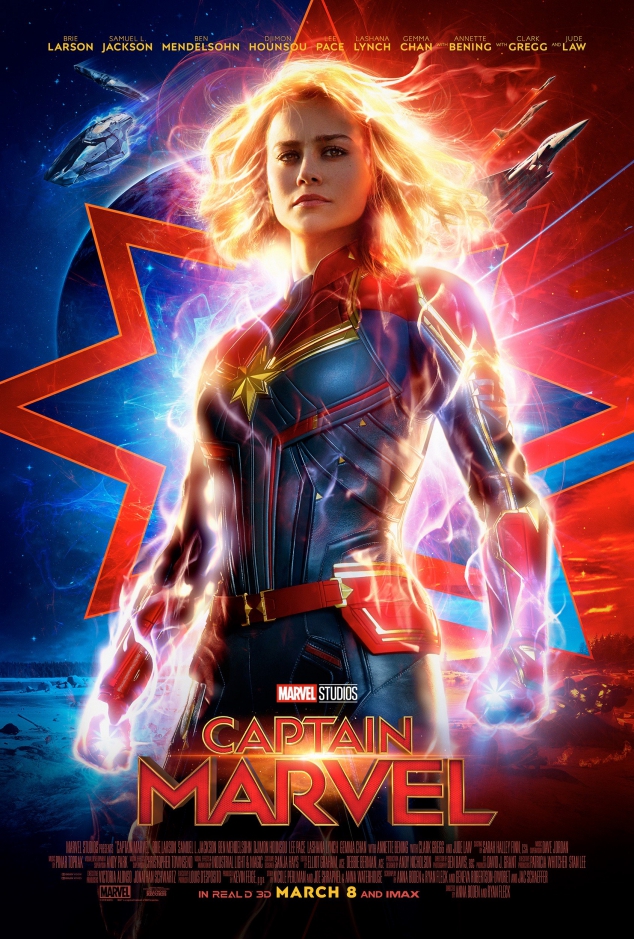 A thrilling Marvel movie that introduces the MCU's newest hero!

I went and watched Captain Marvel before seeing Avengers: Endgame because I knew it Captain Marvel would be shown in the newest Avengers movie and I wanted to have a proper understanding of her origin story. I found it to be a really great movie that is packed with action, humor, and visual thrills. It truly makes an effective use of the franchise's signature movie formula.

The description of Captain Marvel, as stated on iTunes, is:

"Marvel Studios’ Captain Marvel takes you on a spectacular adventure from the 1990s, tracing the path of Carol Danvers (Brie Larson) as she becomes one of the most powerful heroes in the universe. When a galactic war reaches Earth, she meets young agent Nick Fury (Samuel L. Jackson) at the center of a maelstrom, leading to her ultimate destiny as an Avenger!"

If anyone is interested in checking out Captain Marvel from Marvel Studios, click on the image up above.

I really recommend this movie for any Marvel fans!