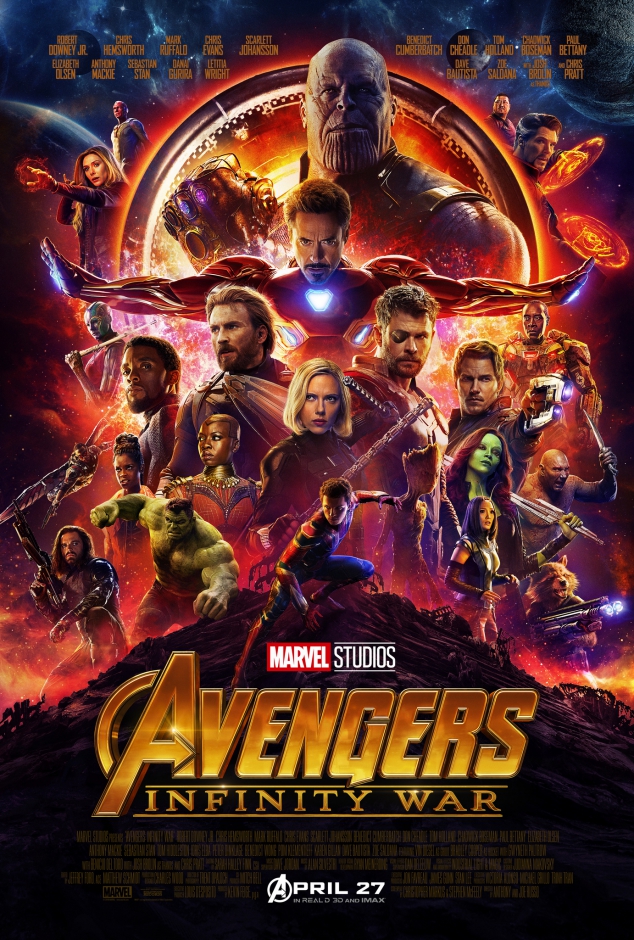 Marvel's biggest, most action-packed movie yet!

The Avengers: Infinity War movie is one of my favorite movies due to the sheer dizzying array of MCU (Marvel Cinematic Universe) heroes in the fight against their gravest threat yet, and the result is such a thrilling, emotionally resonant blockbuster that I believe realizes its gargantuan ambitions. It's a whole new level of shocking Marvel epic.

The description of Avengers: Infinity War, as stated on iTunes, is:

"An unprecedented cinematic journey ten years in the making and spanning the entire Marvel Cinematic Universe, Marvel Studios’ Avengers: Infinity War brings to the screen the ultimate, deadliest showdown of all time. The Avengers and their Super Hero allies must be willing to sacrifice all in an attempt to defeat the powerful Thanos before his blitz of devastation and ruin puts an end to the universe."

If anyone is interested in checking out Avengers: Infinity War from Marvel Studios, click on the image up above. You won't regret this action-packed movie.

I really loved how this movie ended, I won't give spoilers, but if you love the Marvel Universe - this movie is a must-see!

Tags:
Avengers: Infinity War, Infinity War, Marvel,
Leave a Note.
Must be logged in to comment
Previous Fave
Next Fave
Sharing is good
Faved January, 10 2019 by: