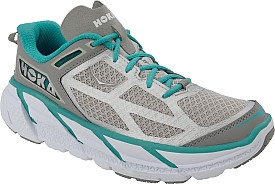 The lightest HOKA ONE ONE model

Women's HOKA ONE ONE running shoes with a stripped-down SpeedFrame upper that won't slow you down, and a CMEVA midsole that is softer and higher than traditional midsoles.

Minneapolis, MN, US
18 followers, following 5
Follow
Faved into the Collection: