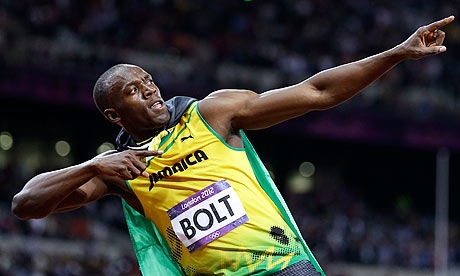 Usian Bolt is the fastest man in the world. This Jamaican sprinter in the first person in the world to hold both the 100 metres and 200 metres world record as well as the first man to win six Olympic gold medals in sprinting.
He has been called the world’s most marketable athlete nd the greatest athlete ever.

Mia Miller into Fave Athletes
over 8 years ago
Refave
Previous Fave
Next Fave
Sharing is good
Refaved January, 29 2013 by: