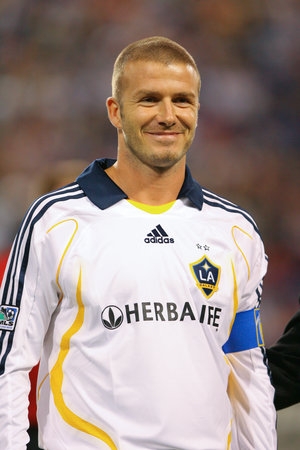 David Beckham is one of my favorite footballers of all time!
Beckham, an English association footballer now plays for Los Angeles Galaxy.
He has played for Manchester United, Preston North End, Real Madrid, Milan, and the England national team for which he holds the appearance record for an outfield player.
Beckham's career began when he signed a professional contract with Manchester United, making his first-team debut in 1992 aged 17. Beckham was the first British footballer to play 100 Champions League matches.

Mia Miller into Fave Athletes
over 8 years ago

Blake Griffen into Greatest athletes of all time
over 8 years ago
Refave
Previous Fave
Next Fave
Sharing is good
Refaved February, 21 2013 by: