The Queen's Gambit by Walter Tevis 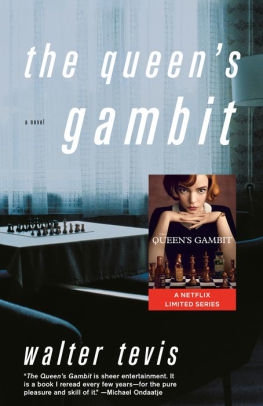 A compelling and breathless drama, now a Netflix Limited Series!

I just finished watching the Netflix Limited Series adaptation of The Queen's Gambit and I absolutely loved it. After learning it was based upon the novel The Queen's Gambit by Walter Tevis, I really want to read it and see how it compares to the series. I often view the original book as better than movie or series adaptations, but it's always fun to see the differences between the two and experience both versions.

This novel sounds very engaging and fast-paced, and I really appreciate a good coming-of-age novel.

As stated on the Barnes and Noble website, the summary for The Queen's Gambit is:

"Eight year-old orphan Beth Harmon is quiet, sullen, and by all appearances unremarkable. That is, until she plays her first game of chess. Her senses grow sharper, her thinking clearer, and for the first time in her life she feels herself fully in control. By the age of sixteen, she’s competing for the U.S. Open championship. But as Beth hones her skills on the professional circuit, the stakes get higher, her isolation grows more frightening, and the thought of escape becomes all the more tempting."

If anyone else is interested in checking out the book The Queen's Gambit by Walter Tevis, click the image up above!

I can't wait to read this novel and compare it to the Netflix Limited Series. I hope it's even better than the adaptation.