Sign In
Sign Up
FaveThing -> Mia Miller -> Books to read -> The City We Became by N. K. Jemisin

The City We Became by N. K. Jemisin 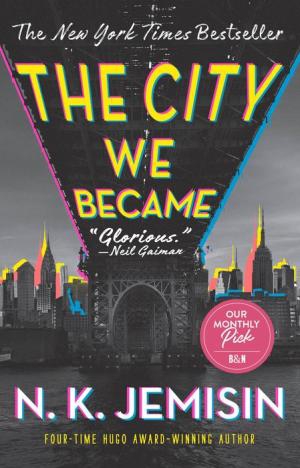 I was browsing the website for Barnes and Noble recently when I saw the book The City We Became was listed as one of the site's August Picks. I very intrigued by the book cover so I decided to check it out. I am glad I did as it sounds quite unique! This will definitely have to be on my to-read list for the end of summer.

As stated on the Barnes and Noble website, the summary for The City We Became is:

"In Manhattan, a young grad student gets off the train and realizes he doesn't remember who he is, where he's from, or even his own name. But he can sense the beating heart of the city, see its history, and feel its power.

In the Bronx, a Lenape gallery director discovers strange graffiti scattered throughout the city, so beautiful and powerful it's as if the paint is literally calling to her.

In Brooklyn, a politician and mother finds she can hear the songs of her city, pulsing to the beat of her Louboutin heels.

And they're not the only ones.

Every great city has a soul. Some are ancient as myths, and others are as new and destructive as children. New York? She's got six."

If anyone else is interested in checking out the book The City We Became by N. K. Jemisin, click the image up above! It is currently on sale for 17% off.

I can't wait to check out this novel. It touches on cultural identity, privilege and gentrification in a very weird and witty fantasy adventure. The reviews look stellar as well. I recommend this to anyone interested!

Tags:
The City We Became, Book, Novel, N. K. Jemisin, Barnes and Noble,
Leave a Note.
Must be logged in to comment
Previous Fave
Next Fave
Sharing is good
Faved August, 19 2021 by: