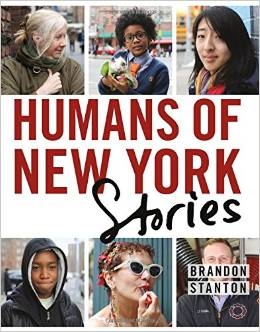 Read the inspirational stories of everyday people living in the big city in Humans of New York: Stories by Brandon Stanton