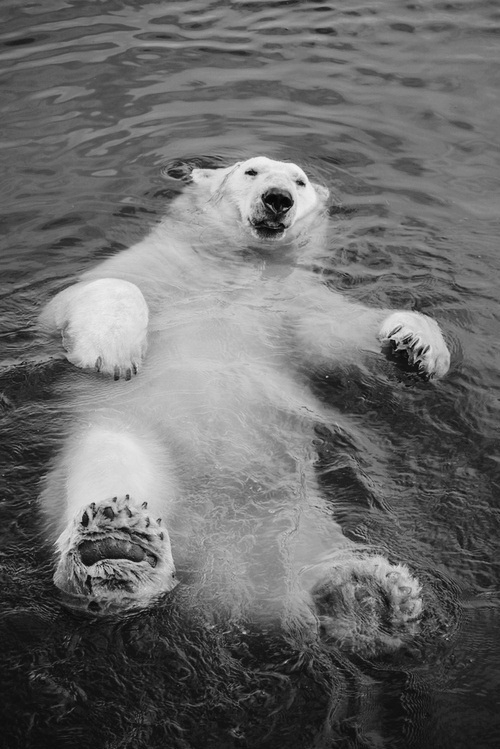 Majestic king of the Arctic taking a swim

These giant white bears are as much at home in the Arctic Ocean and surrounding seas as they are on land and ice.

This vulnerable species lives within a very narrow ecological niche. As the climate warms the very existence of these large predators is challenged. Polar bears have adapted over hundreds of thousands of years to their harsh environment. The rapid pace of climate change is moving many times faster than evolution will allow them to adapt. This is why scientists report at least three of the nineteen polar bear subpopulations are currently in decline.